Carl Jung – The Power of Unconsciousness 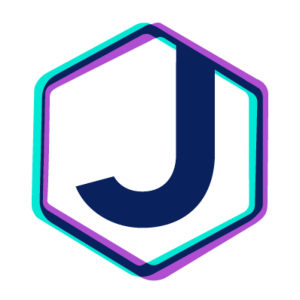 Everyone at all interested in psychology has heard of Carl Jung – that’s how widely influential his teachings and views are. Modern psychology can hardly exist without Carl Jung.

But have you heard about his teachings on the unconscious mind? His concept of collective unconsciousness and its power?

If you haven’t, you are in the right place. We wanted to talk about this and how important this concept can be for all future leaders who want to change the world for the better and bring about happiness for everyone.

The Power of the Unconscious Mind

Carl Jung developed the concept of the collective unconscious, and the basic idea behind it is Jung’s view that we all have a segment of our deep unconscious mind which we genetically inherit. Our personal experiences do not shape this part – it remains the same.

The theory suggests that this most profound part of our unconsciousness is an intrinsic part of our race and it’s responsible for several concepts that we share as human beings: core beliefs, instincts like spirituality, sexual behavior, life and death instincts, and more. As he once said: “Who looks outside, dreams; who looks inside, awakes.”

You can guess that there are variations to these concepts from person to person, but they are still there in our unconsciousness and you can hardly find a person who doesn’t have these instincts and core beliefs.

This concept is the core of Jung’s psychoanalysis, and it’s one of the points where he and Freud disagree – Freud believed that the unconscious stems from personal experiences, not collective ones which are inherent to our species.

Jung’s theory holds more ground as it shows us that we are all connected in a way through these collective concepts.

It’s impossible for us to know what they are and if any of the theories are genuine as we cannot tap into the unconscious. However, it’s widely believed that most of us can gain knowledge of these deeper parts of our psyche in some great moments of personal crisis, to which many individuals can attest.

It’s important to mention the archetypes as well, as they demonstrate the power of the collective unconscious. Jung believed that these archetypes are there, unknown to our conscious mind, but they still play an active role in who we are. They are not static, nor are they fixed – they often overlap and are always there.

Some of these archetypes are birth, death, power, the anima, the child, the hero, and most importantly – the mother. The mother archetype is one of the strongest ones and is not necessarily the literal mother, but can also be a symbolic form of the mother.

You can read about this in his famous book The Archetypes and The Collective Unconscious.

It’s essential to know them as they show us that some core concepts of humanity like happiness and love are all a natural part of us. That’s why we need to strive towards them and work towards creating a happier world. Join us at the World Happiness Agora in March 2020 where many experts will discuss our future and how to create a happier world for everyone.

And never forget that we are all the same and part of something bigger, as Jung himself once said: “In all chaos there is a cosmos, in all disorder a secret order.”